We have made some changes from original to suit ourselves, and because we have to ability and freedom to do so. I think people like caravan builders are constricted by a set of probably unseen rules in their designs, we are not so can perhaps think outside the square a little more. One of my pet peeves is that many commercial designs put a barbque directly under an awning, so the smoke grease, whatever rises straight onto it.

We avoided that trap from the beginning but have made changes anyway, to suit us better, The 3 burner cooktop/oven has been consigned to the bin area, in a specially built box, it can still be used but in a different way. More later. All cooking inside is now done an induction stove directly under the mains powered vented exhaust rangehood.

The barbie has been removed from its earlier installation which was on a couple of pieces of supported rod which means it just rolled out ready for use, but this let to 2 problems, it was still too close to VP for me and it was too low when the airbags were down.

So a stand was constructed that has a removeable table top made from aluminium. The top is carried above the barbie and the stand in one of the bins. The gas point is in the front bumper bar and the cooktop/oven has the same fittings on it’s own hose, so if we do decide to have a roast dinner it is just a matter of putting it on the table instead of the barbie and going for it, no smells or heat added to the interior, yet we have exactly the same capability as a vehicle with an inside oven. People initially say “that’s a bit unusual” (the polite ones) but come back later with “that’s a real good idea” or similar.

Pics of the install and area of VP it sits in are below. 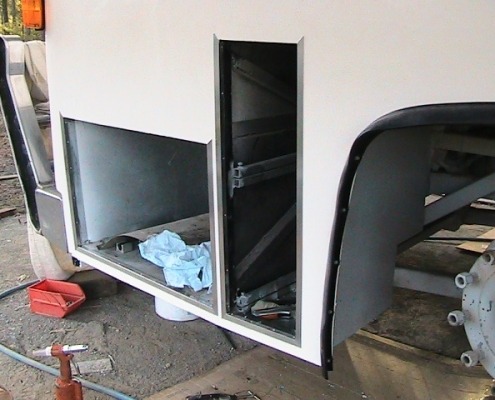 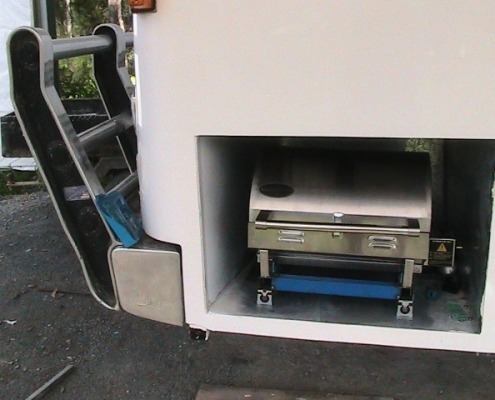 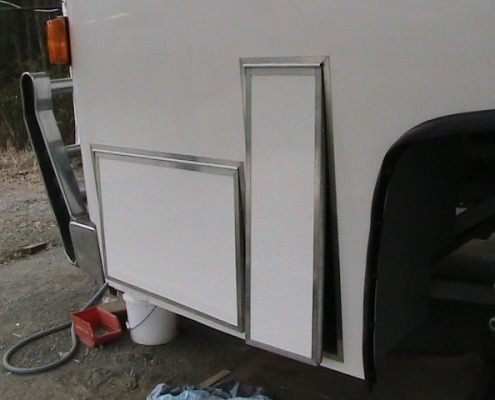 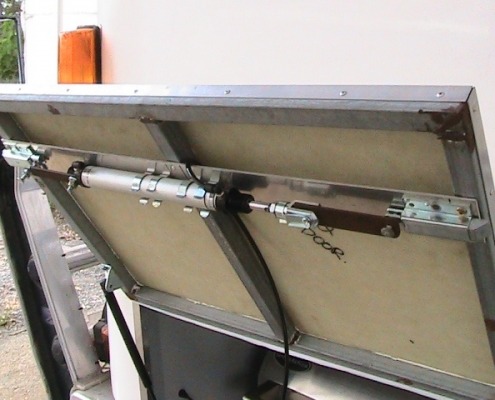 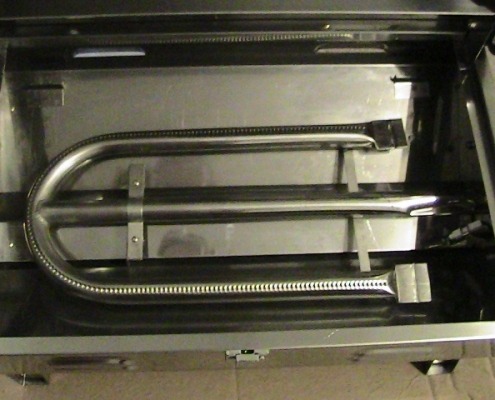 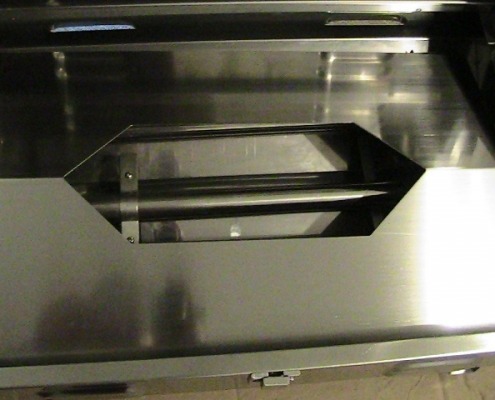 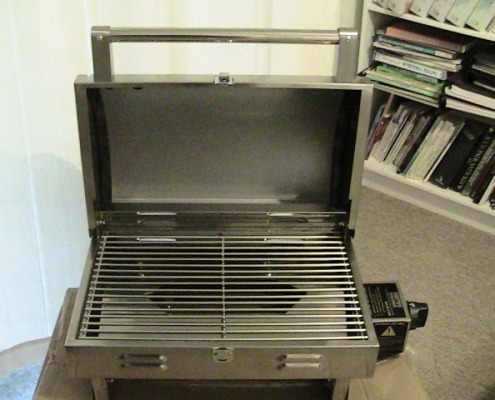 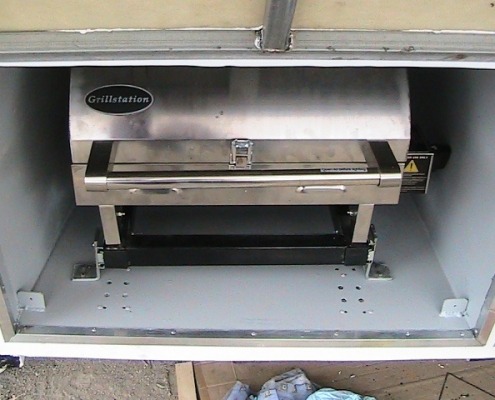 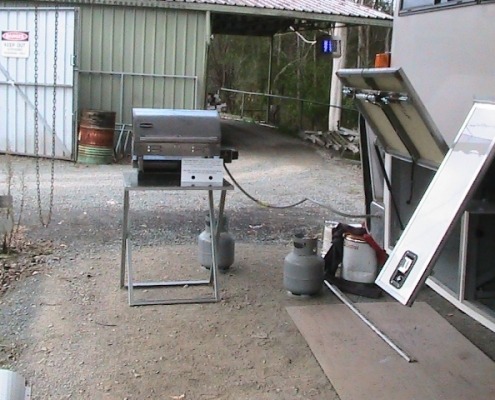 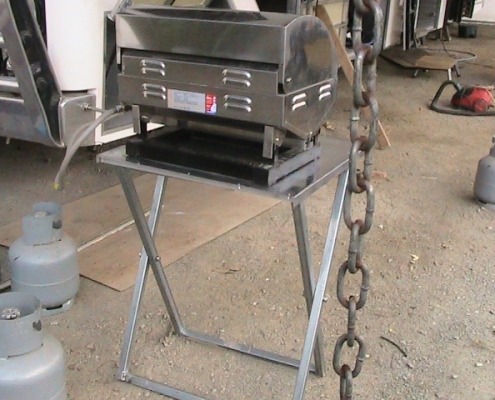 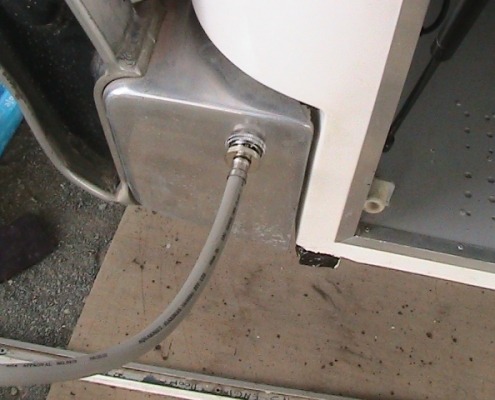 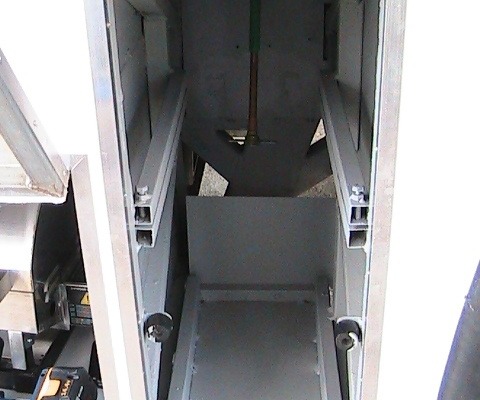 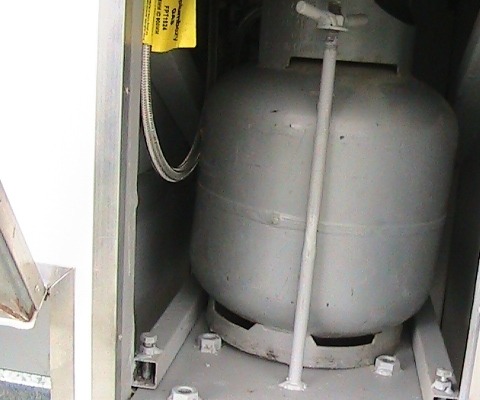 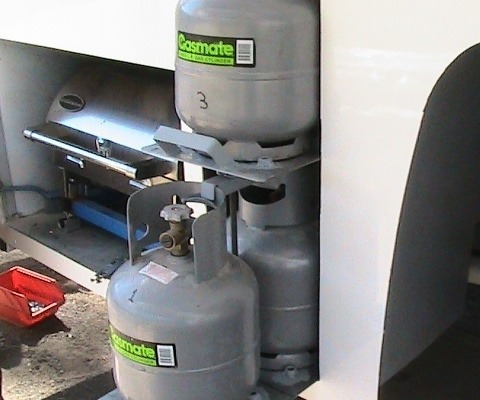