You are here: Home1 / ROOF LIFT

Our roof lift went somewhat differently to others, as the whole steel structure of the roof was removed. This happened because of a couple of reasons, it was easiest if our fibreglasser had the steel roof structure at his place to match it to his many moulds for horse float rooves. But mainly, as we had to remove all the roof supporting structure, it was safer to have it out of the way,rather than suspended above and in the way of the work. This is not recommended unless you have such rust problems that you have to remove the supporting structure for replacement. These older monocoque built coaches have a ladder type of arrangement under the windows, usually about 600 mm high that keeps the front and rear modules in plane. The front and rear modules can be and often are built in different sections of the factory, brought together and then these side sections added. The large chassis members on either side of the walkway are not designed to keep the 2 modules in plane, unless substantially reinforced as we have done. So, if yours are substantially degraded by rust, they need repair.

You can see by the pics that the steel roof section grew a set of wheels, this was just for easier manouvering in the fibreglass factory. It is very important before lifting a roof that the coach is blocked substantially underneath as you are removing one of the structural elements from the mix for a time. It is also important to work safely, if it slips it will not stop until it hits/damages/kills something substantial. We were lucky that on the farm we have 3 forklifts and a set of extended forks so it was reasonably easy for us to get the roof where we wanted it, but even then it was done slowly and carefully. Start out with a level coach or your marks do not mean much. Use a plumb bob to establish data points. Work out how you are going to actually lift the weight well in advance, something as simple as 4 or 6 car bumper jacks from the wreckers have been used. Use you tube for ideas. 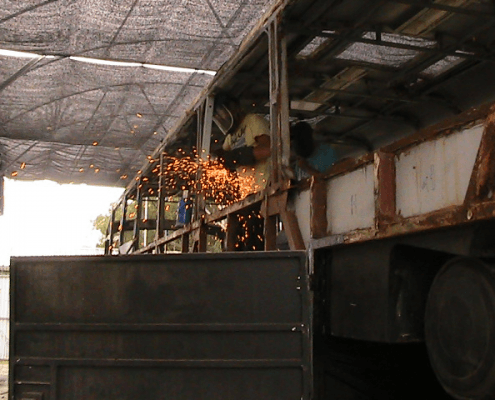 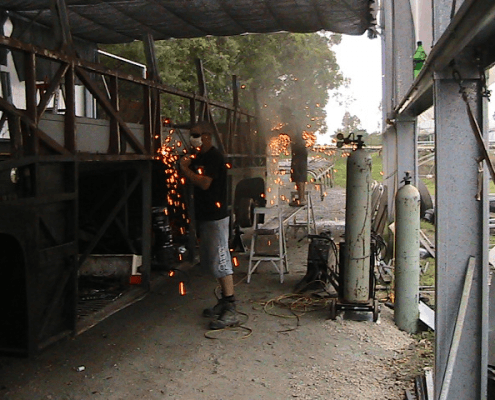 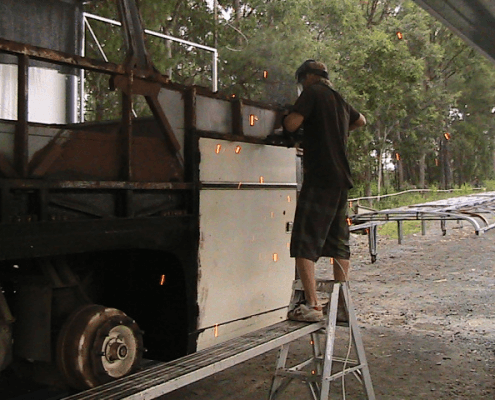 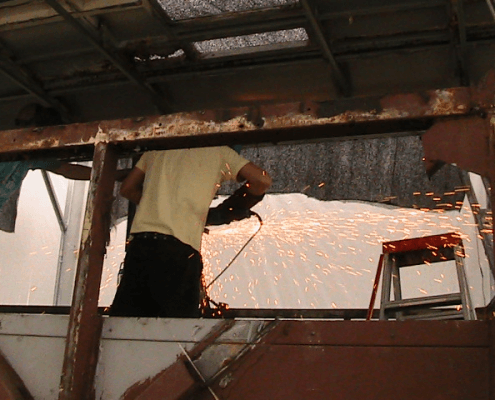 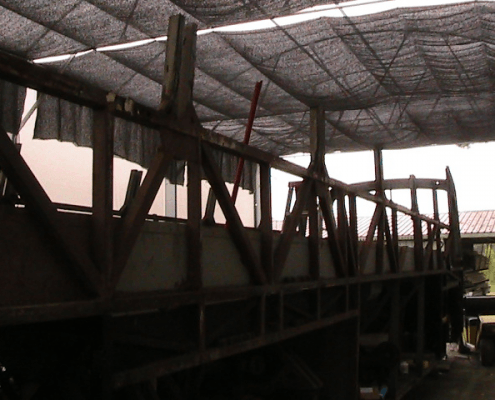 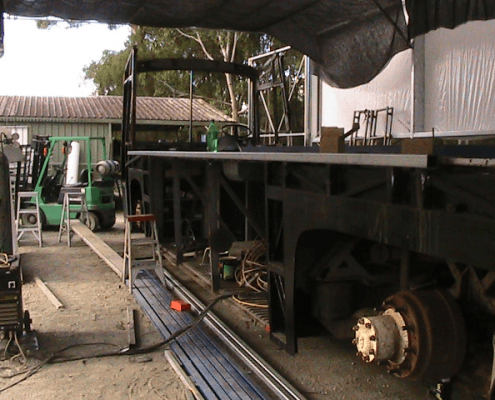 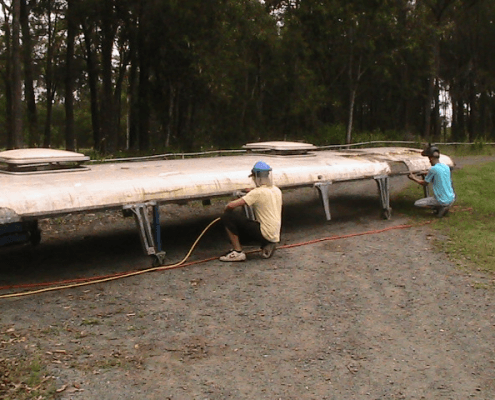 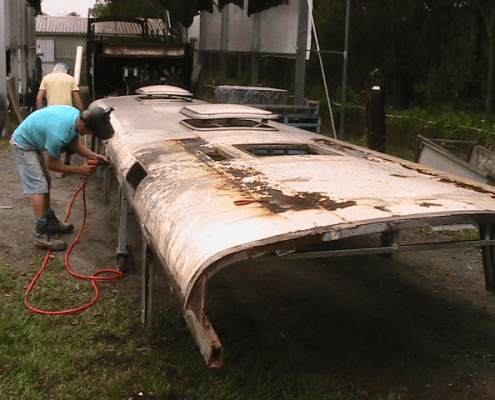 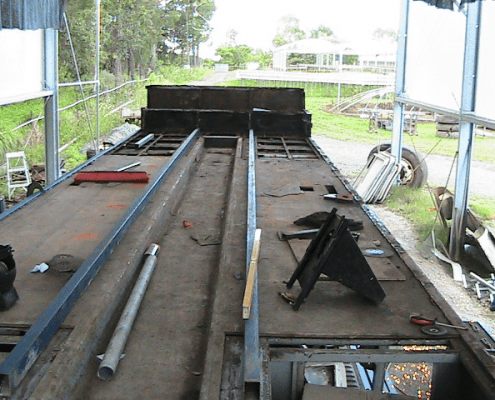 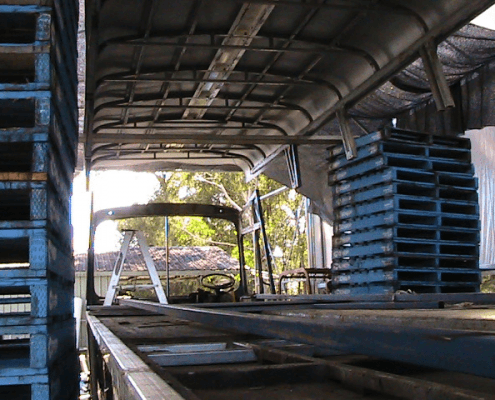 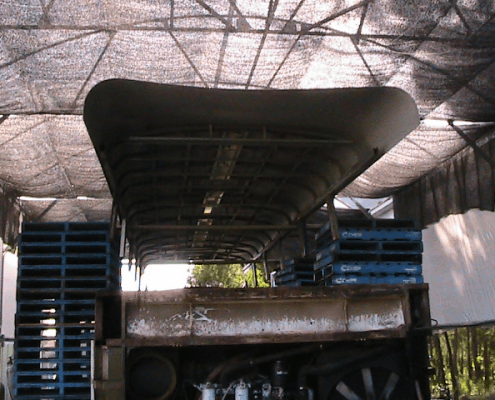