You are here: Home1 / RADIATORS

We have made a few changes to the cooling system on VP. Did some investigating and found the fan was drawing 10-16% of the horsepower, depending on who you spoke to. So we decided to do something about it. When these coaches were built clutches on fans were still in their infancy (none on VP, direct drive) so if your vehicle has a direct drive fan you are sucking air through that radiator, in many cases for no reason. The manufacturers had no idea where each coach would end up, Western Tasmania where it’s pretty cool, or Alice springs where the opposite is usually true. So, they slammed in enough cooling for all seasons and relied on the twin thermostats to keep the Detroit warm, even when doing the snow run and sitting all day in the Perisher car park. Trouble was, with so much energy driving the fan, (ours moved 7,000 ltrs air per sec), it was wasted a lot of the time. I know that figure is startling, did not believe till I saw the graph from the manufacturer !

Looked for alternatives and found the most knowledgeable thermatic fan manufacturer in the country who we opened an account with. We could have left the radiator where it was but by moving to the new location have a much higher percentage of ram air available, as the louvres force more air into the core than the original screened hole. The way it was explained to us, it is almost like a vacuum as the air is rushing down the side of the bus, it does not want to turn and move in through the radiator. However with the louvre setup and the gentlest pull of air from the other side of the core, ram air when travelling becomes a real power. And its free !

Of course no ram air is available when sitting at the lights or in traffic. The 4 thermatics were never going to move as much air as the original fan, nor did we want them to. So, on that really hot day stuck in traffic we would have an overheating problem. the answer was to fit another radiator with its own Thermatics. We chose a double row copper model from an AU V8 Ford and purchased it and a shroud with 2 thermatics from E Bay, all new of course. We have a 3 stage control as you can see in the pics, and each stage can be set wherever it is needed. So, the first 2 fans to kick in are the 2 top ones in the original radiator. The next stage see the 2 lower fans kick in, with the third stage the 2 thermatics on the AU radiator.

There is also an uncounted amount of engine heat being lost to our hot water heat exchange made from an old gas bottle, which gives us about 60 litres of up to 80 deg water. Could not see the point in paying for an appliance to heat water, then the energy to run it, so built our own. Solar will take over when camped up for a few days. 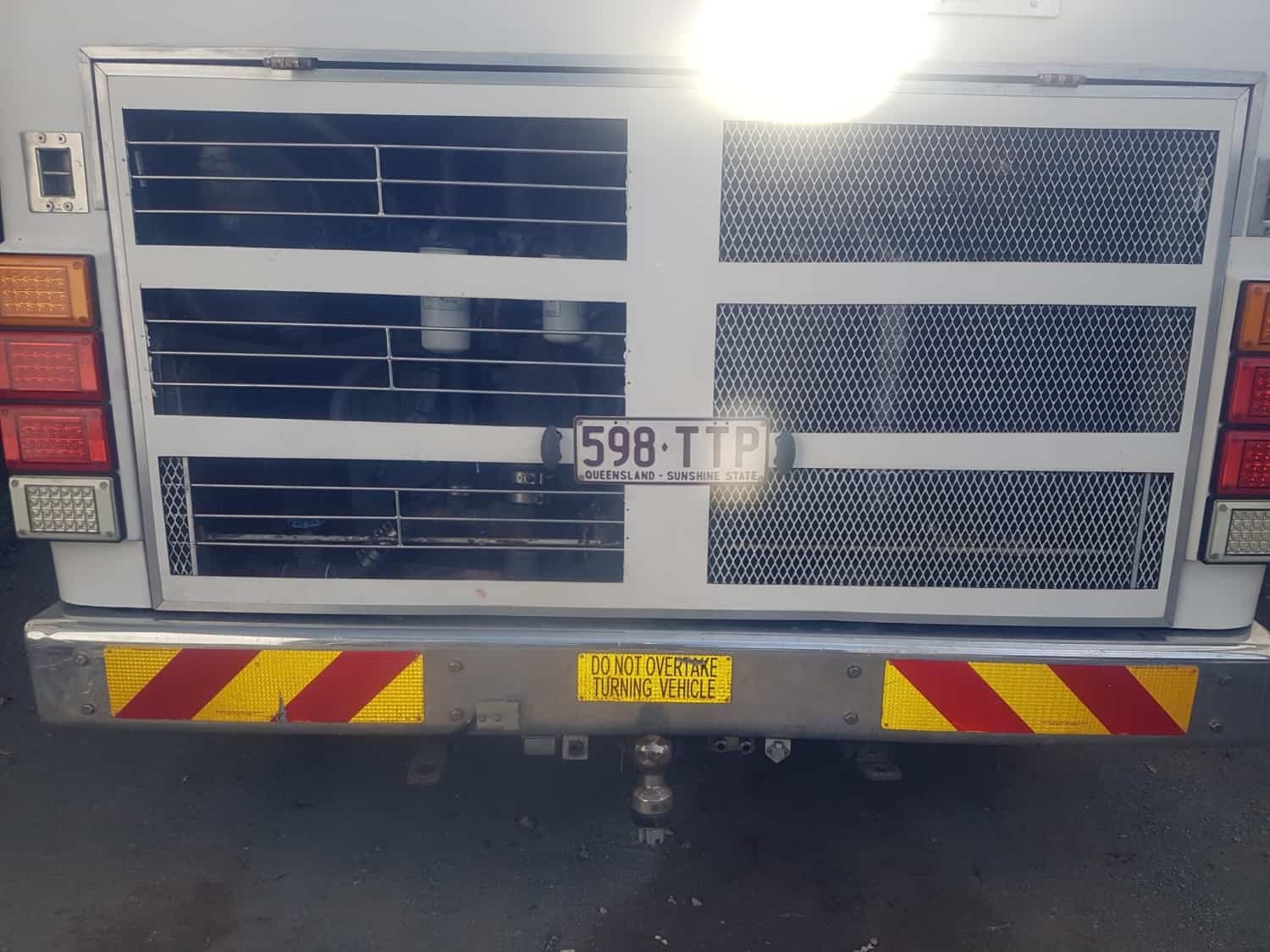